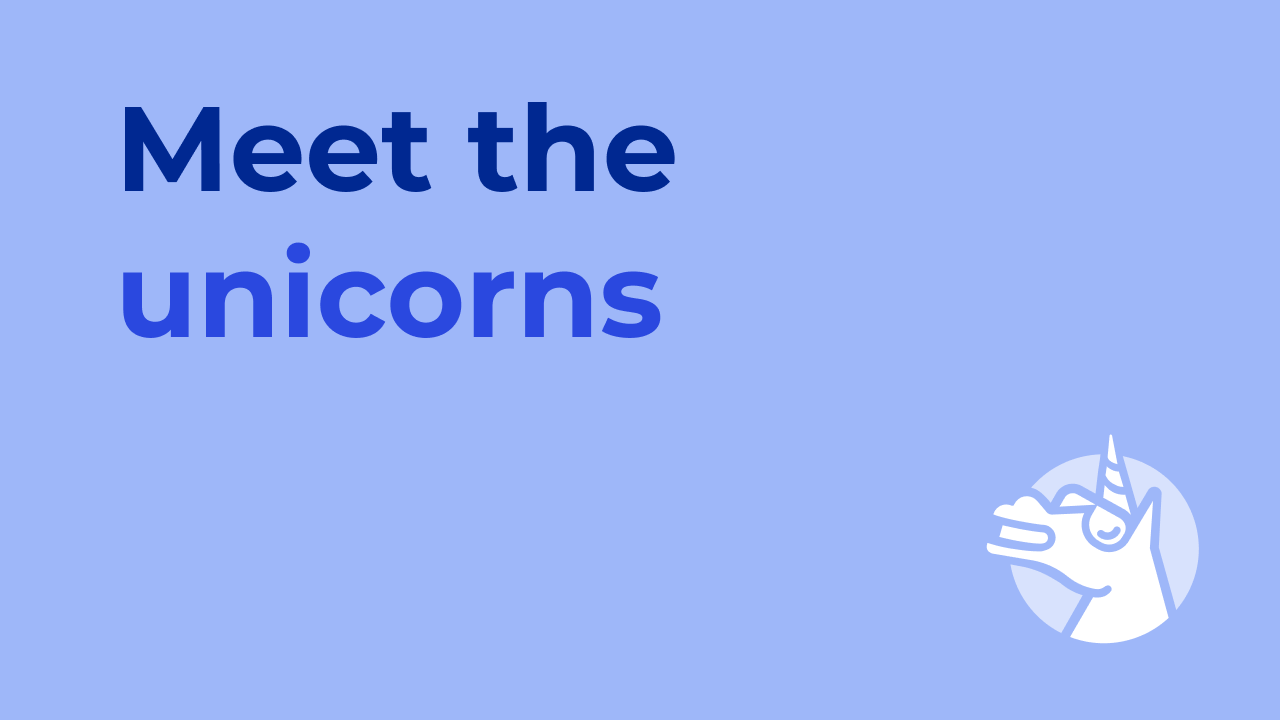 For over four years, we've been building high-quality Flutter applications with companies that span a variety of industries, from financial services to entertainment. Our goal is to create high-quality software that is flexible, adaptive, and built to last – for any platform.

Of course, none of this would be possible without our fellow unicorns! We talked to a few of our teammates to learn more about how they got into tech, their day-to-day as an engineer at VGV, and what they’re currently learning more about right now.

When I was a kid, I liked to play video games and repair my toys (or break them trying to fix something that wasn’t broken). My parents bought a computer for my sister when she was 15, so of course, I also used it. This was when I had my first interaction with technology.

My parents later introduced me to hardware school where I was able to learn how to fix computers. My first job was in a software company, but my primary task was to repair computers. When I wasn’t working on hardware, I would sit down next to another developer and start asking questions. I loved that job because I could write code, see it on the screen, and solve problems. One day I decided I wanted to do that as a professional.

As an engineer, a lot of my day is spent working through PRs. I’m a few hours ahead of my team so my mornings don’t have many meetings. During this time, I’m able to focus on coding, writing tests, fixing bugs, and other project tasks. In the afternoons, I have meetings with my teammates who have just started working in their time zones to align as a team on our progress. Sometimes we do pair programming to fix any issues, or if other teammates ask for help on Slack, I try to answer their questions.

One of the projects I’m working on uses federated plugins. This is a topic I’ve needed to dive deeper into. It’s interesting because I’m learning a lot about native code. I’ve worked a bit with Android in the past, but learning how to implement the same things on iOS is very new.

Another area I’m learning more about is building games. I’ve started building a small game by myself and in doing so, learning a lot about how games work. I’ve learned a lot by looking at the code for I/O Pinball, as well as by using Flame and Flutter since they work together nicely.

Being a unicorn is awesome! At VGV I see how much clients trust us. In my previous roles, I’ve had experiences where clients can be skeptical about the solutions proposed. At VGV, clients look to us for answers. They ask questions about the best way to do things and it’s exciting to have that level of trust.

What is one thing you’ve learned from working at VGV?

I really am drawn to the idea of boring code! I’ve seen other companies that do things in a more custom way. But at VGV, we make our code boring whenever possible.

The approach to open source software at VGV is also awesome. We are always looking for ways to share what we know with the community. For example, if we’re thinking about building a package that would be helpful for our team, we ask, could we also share it with the community?

I first became interested in tech because my husband was a software engineer, and I just wanted to understand a bit more about what he did all day at work. This led to trying out a free Udacity class, which led to taking an introduction to programming class at a local community college, which led to getting a second bachelor's degree in computer science. I'm honestly not super interested in technology consumption; I don't watch all that much TV, don't play video games, and don't participate on social media. However, I do like using technology as a means of production. I love making new things and solving interesting problems.

I’m working on a project for an international company with employees across the globe. Consequently, a lot of work is happening while I am offline, so it is important that I am up to date on any discussions and merge requests as I start my day.

After daily stand-up with the team, I have time to really focus on whatever task I am currently assigned. Sometimes these tasks include writing proposals to share with other members of the broader team. Since we’re not the only team working on this project, we try to have architectural design discussions before any large changes are implemented within the project.

Occasionally throughout the day I will spend some time pair programming with a teammate to work through any issues I run into. I really value this collaborative work time with my colleagues, as it provides me with opportunities to develop my programming and debugging skills.

What are some of your go-to resources for learning about Flutter or Dart?

My VGV teammates are also great resources. There are many smart people internally at VGV and on our client teams. I try to learn as much as I can from speaking to them — as they learn from us, we’re also learning from them.

What do you enjoy most about being a Flutter Engineer?

I’m always learning something new! There is always a twist on something I’ve done before and I’ve always liked puzzles and figuring things out. I also like that each day is a little bit different. If it was always the same problem to solve, it would be boring. I’m coding most days, but there is a lot of variation that keeps things interesting.

Childhood memories! When I was five years old, my sister got a computer with Windows 98. I started to grow interested in the tech world when I was playing video games with her.

As a Senior Engineer, my first priority is to make sure that nobody has any blockers to start their day. Usually my day starts by reviewing pending conversations in different threads. Once all of them are resolved, I proceed to review open PRs and help people if they have questions on any open discussions.

After that, I take a look at the project board. We have a column for blocked items, so I prioritize them to see if there is any update on the topic and then we can move the task to TODO. If there is no update on a blocked ticket for more than a day, I will raise the conversation. This is key when working on big teams or teams that are working across multiple companies and communication is less agile. You would be surprised by the number of tickets that move to IN-PROGRESS/TODO after doing a daily check on the BLOCKED column.

If I have short time slots between meetings, I prefer not to start coding since I feel less productive. Instead, I review Slack conversations or PRs, or even check tasks for next sprints. If the time between meetings is greater than 30 mins, then usually I block off my time to totally focus on completing my tasks, meaning no distractions from Slack or any other conversations.

What’s one thing that has surprised you about being a Flutter Engineer/your role at VGV?

When working on projects in the past, I would just get something to work, then deliver that. Here, I always have the feeling that VGV is going beyond “just working.” Sometimes that means having to go beyond the code. For example, looking at the app, I might ask the question: it makes more sense to move this button here, can we be flexible and change the design? As a team, we’re always thinking about the bigger picture.

I’ve also never found a company with so many people trying to help and share their technical expertise. When I run into a problem, I will turn to our internal Slack and 99% of the time, I get an answer. Often, I don’t have to look beyond that. Not only do my teammates have the answer, but they are willing to take the time to help explain it. 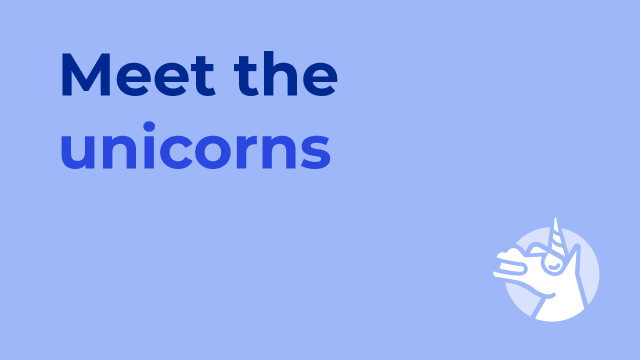 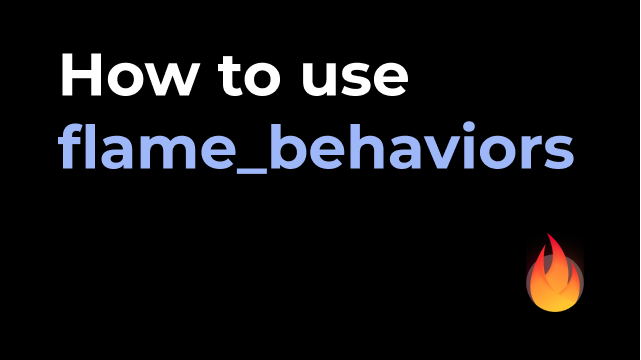 An introduction to Flame Behaviors 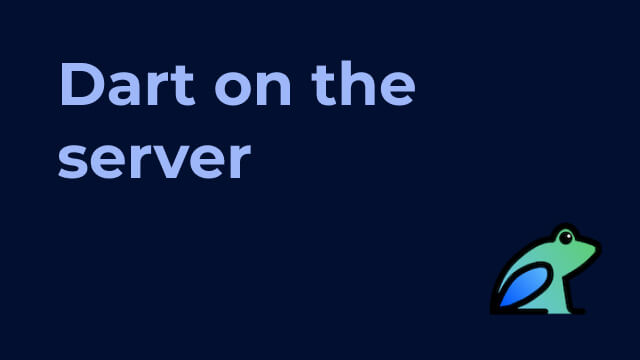 Dart on the server with Dart Frog