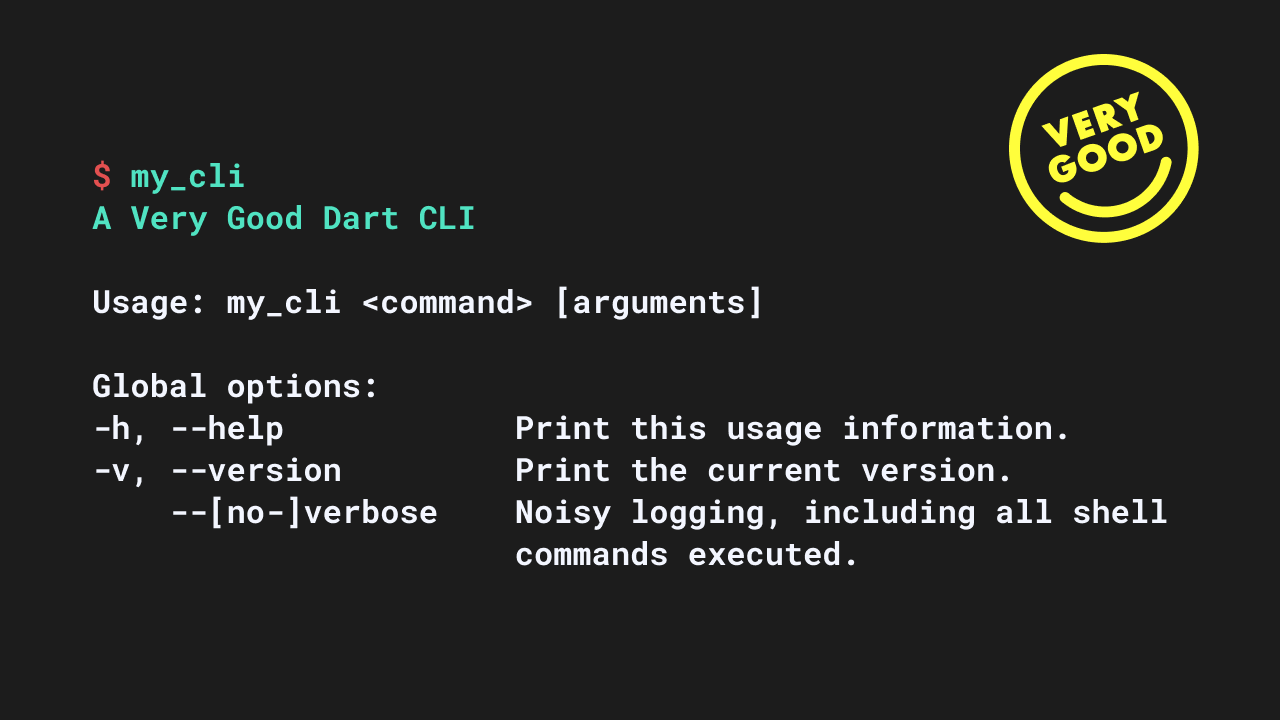 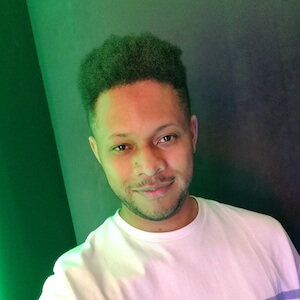 There are few resources more crucial to software development than command-line interfaces (CLIs). As one of the simplest forms of Human-Computer Interface (HCI), a CLI allows you to simplify complex tasks and can be used to compose rich applications. Most developers use CLIs every day. Even Flutter comes with one: flutter_tools.

Knowing how to build a command-line application can unlock a world of possibilities for a Dart developer. There are several excellent examples of CLI packages out there, for instance: mason_cli, fvm, dart_frog_cli, and umbra.

Creating one from scratch is not an easy task though. If you're making a CLI package for the first time, you may face some challenges, such as handling exceptions and keeping the code organized. Due to Dart’s flexible nature, it can take some time to figure out how to organize the code, make it testable, and configure the details of what makes a CLI application that is not only good, but very good.

Our team has gathered some experience building CLI tools and turned them into a package template, so that you don’t have to go through the same challenge. You can simply start creating great stuff.

This is a guide on designing a kick-ass CLI application written in Dart using the Very Good Dart CLI template. Let’s go!

Very Good CLI is a tool made by Very Good Ventures that, among other things, helps to ease the process of setting up any type of Dart project, including Flutter applications, federated plugins, Flutter and Dart packages, and of course, Dart CLI applications.

If you didn’t yet, activate it via:

To take the first step into the Dart-CLI-making world, use the create command with the appropriate template:

And voila! You now have generated a CLI package with everything ready to get started: a sample command with colorful outputs, a plug-and-play update mechanism, a file structure that scales, and last but not least, everything stamped with that beautiful unicorn wearing shades: testable!

The anatomy of a Dart CLI package

Like everything created using Dart, a CLI application is essentially just a pub package, which defines the basic structure: A pubspec.yaml in the project root, accompanied by the directories lib and bin.

These are three crucial things to be mindful of about the generated project’s structure:

The executable name doesn't need to be the same as the package name. To customize that upon generation, use the --executable-name option:

Then, after activation through the dart pub global activate command, the CLI application will be invoked by commands that start with my_simple.

What makes a CLI delightful

Before going deep into the code, let's look at a few essential components of CLI design and the common patterns that most CLI applications follow.

Although CLI apps have a very simple visual interface, we can't ignore UX completely. Some classical design principles such as familiarity, hierarchy, and consistency, can make your CLI app easier to use.

People may be used to some expected outputs and input formats that are common in most CLIs. For example, it is almost intuitive to type the flag -h at the end of a command to understand what it does and the options available.

CLI applications that have multiple scopes of actions may split into numerous sub-commands. Example: commit and remote are two sub-commands of the git CLI. Once you type them, you enter their context. The following options, arguments, and sub-commands will be specific to the context of the given command.

Sometimes, different commands may share similar options and argument formats, but people expect consistency across them. For example, flutter build has several platforms as subcommands, like ios and android. The user can execute each of these in either debug or release. For that, both accept --debug or --release as flags.

As with any HCI, A CLI is just a series of input and output standards. To know how to build each of these parts is the key to success.

Options? Arguments? Flags? Commands? Oh my! Do not fear these names. They are pretty helpful in understanding the input formats of a CLI.

Let's analyze a command with plenty of these things to understand what is what. For example, imagine one of the most used commands in history: creating a state management package for Flutter.

As you may notice, a command syntax can assume several different forms. To specify which are the commands, options, flags, and arguments in an idiomatic way, we have the args package. It contains classes and functions that help to bring the same organization and hierarchy of your desired CLI syntax into your code. In the template generated by very_good_cli, we have some sample commands and options to illustrate that mapping.

Each sub-command extends the Command class and an ArgParser object describes its syntax:

The best way to let the user discover the correct syntax of options and flags for a command is to provide a common “help” flag (—help or -h). The args package generates the help flag automatically for you, given the option mapping (configured via the argParser object) and some overridable fields in the Command class, like name, description, and argumentsDescription. Override them in your Command class to customize the usage output.

Now that we learned how to provide a straightforward way for people to interact with your application, it is time to learn the best ways to respond to those inputs. There are two main ways you can communicate the progress and result of a user’s command: the standard output and exit codes.

One package that is useful is mason_logger. The template generated from the very_good_cli create -t dart_cli has a sample command that shows:

Notice that it uses mason_logger’s Logger and ExitCode classes. Let's understand a little bit about each:

The standard output, also known as “write stuff on the user’s screen,” is a vital part of any CLI. dart:io has a stdout getter in which the raw API uses this system resource:

One problem with writing directly at this level is that there is no API to style the output. You will have to use ANSI escape codes. Also, using it directly in Command classes makes it hard to test with unit tests.

The Logger class abstracts the styling codes as wrapping API, which can be mocked for tests.

Example of a command that styles output:

Example of mocking the logger using mocktail on a test:

When a process or script finishes, it returns a code that indicates the circumstances in which it occurred. On most systems, 0 is the code for success, and anything besides that defines an error.

Mason_logger’s ExitCode abstracts some error codes and success into constants.

Returning something like that rather than some random int makes your code more readable.

As with any software, A CLI application execution can produce exceptions.

It is essential to deal with all exceptions and provide clear reports to the user on what went wrong aligned with the proper exit code. As an example, the generated CLI application has in the CommandRunner a try/catch statement that trades thrown exceptions for exit codes:

Since the CommandRunner is the root of a command execution, keeping the exception handlers in its run method can be more effective.

Keeping the CLI up to date

One of the hardest things when publishing a CLI package into pub.dev is making sure people are always using the most up-to-date version. Users have to check pub for newer versions, and when there is one, the package has to be activated again:

Fortunately, the project generated by the very_good_cli already includes infrastructure to make this process easier.

Through pub_updater and with the help of build_version, all commands always check for newer versions of the CLI package on pub.dev. If there are any, the user will receive an alert to update:

This mechanism works based on the lib/src/version.dart file generated by build_version, which makes the current CLI runtime's version accessible. Always make sure to generate that code before publishing new versions of your CLI package to pub.dev.

The sample also includes an update command that uses pub_updater to let the application update itself.

This is just the tip of the iceberg to what is possible to do with a Dart CLI application. We created the Dart CLI template in Very Good CLI to provide the basics of what our team thinks any Dart CLI application should include from the start. Since it is an open source project, ideas and suggestions are always welcome. If you have any, head over to very_good_dart_cli and open an issue.

Try it out! View Very Good CLI on GitHub →
Tags
No items found.