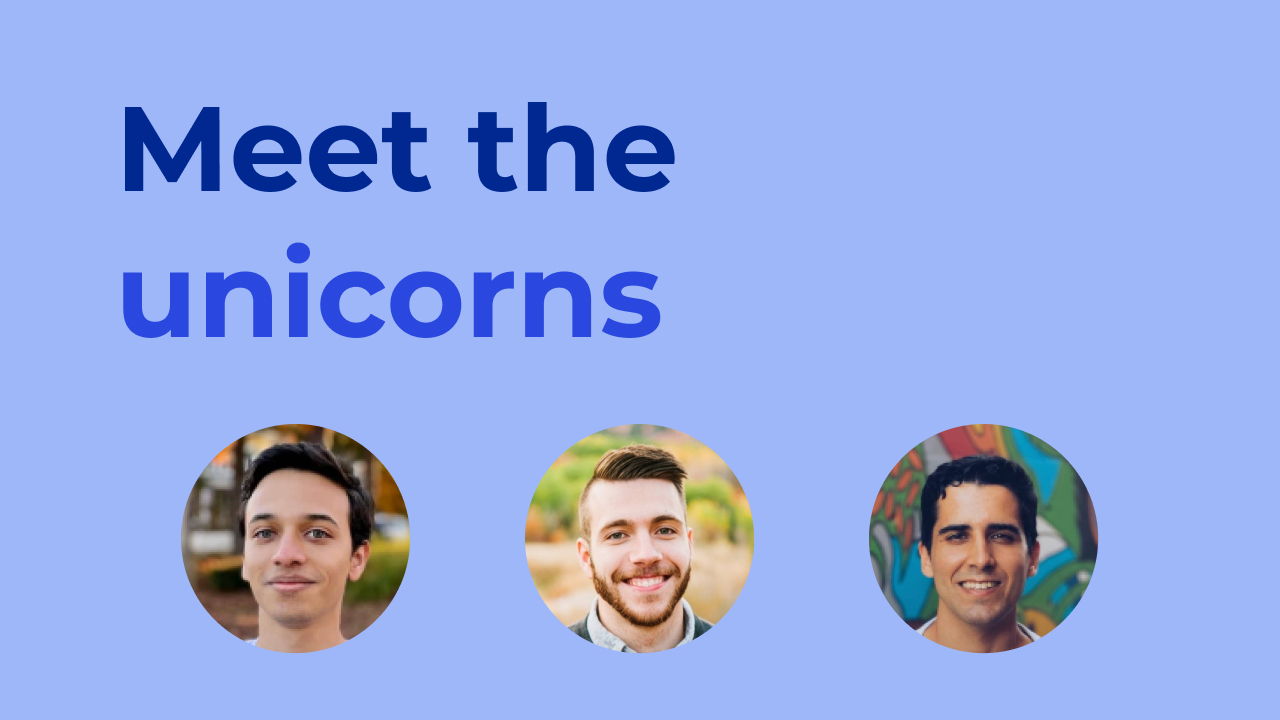 For over four years, we've been building high-quality Flutter applications with companies that span a variety of industries, from financial services to entertainment. Our goal is to create high-quality software that is flexible, adaptive, and built to last – for any platform.

Of course, none of this would be possible without our fellow unicorns! We talked to a few of our teammates to learn more about how they got into tech, their day-to-day work at VGV, and what they’re currently learning more about right now.

The first thing that made me interested in tech was receiving an Android tablet at Christmas. After messing with developer options, I was interested in building apps in general.

My dad is also a software engineer. When I was younger, he got me into a course on Objective C. I didn’t have the required background at that time, so it was kind of a bad experience.

But, after that, I went to one of his meetings to learn more about how they work on a daily basis. I really liked it! That was the thing that got me into wanting to study Computer Science. When I heard about Google Developer Groups (GDGs) at my college, I joined because I wanted to gain some experience with communities and Google technologies.

I’m taking a course on cloud technologies, such as Google Cloud. I’d like to get some experience with full stack development. I’m understanding how the cloud works so that I can build backends in Dart.

I think Dart is a good language to learn to code in general. It has many features that other languages lack. If you come from JavaScript, you should be familiar with the syntax. Dart also has many other features that are new, such as null safety (only a few languages have this). Things like asynchronous programming and real-time communication are native within Dart. It has really cool stuff that I think can be used to build pretty robust backends.

I just changed the project I was on, so right now my typical day is pretty different from how a typical day looked just last week.

On my previous project, we had teammates in different time zones, so we would have our daily stand-up first thing in the day. Then, I’d review PRs from the day before. After that, I’d pair program if someone needs help or I’m facing a challenge in the codebase. Afternoons are pretty focused on actual development of features — sometimes through pairing, other times it’s me focusing on development.

I think it would be working with big clients on projects that are challenging. We usually learn a lot from those challenges. It’s the best way to get motivated and do the best work.

I also like how we have a positive influence in the community. It’s cool to see what we do on the inside being put out there and being used by many other people. That’s one of the best things — to make open source tools and help people from the community.

I’ve always been intensely fascinated by computers. My dad is in software as well and was someone I could always go to for questions. When I was a kid, around 12 or 13, he got me this book on JavaScript that went completely over my head. But I understood enough to spark a fire to continue learning. At that point, I started scouring for more information online and built a bunch of little projects. I also signed up for free sites like Codecademy.  Ever since, tech has continued to be something I thoroughly love doing and learning about.

I learned about Flutter back when it was in beta. I remember thinking that it was a really smart way to do cross-platform tech. Other platforms out there sacrificed performance or quality, or they were very limited with what they could do. I thought Flutter was an elegant way to handle the cross-platform problem, so I started using it in a few side projects and loved it. When it became stable, I pulled it into a project at a previous role, and I’ve been using Flutter ever since!

I’m learning about the lower level internals of Flutter, specifically how rendering and layout are achieved. One of the reasons is because of a library I’ve created that adds a customizable spring effect to scroll views. Right now I’m focused on revamping how it renders and simulates the spring effect.

At VGV, I’ve come to really enjoy the consulting aspect. It is a more niche type of consultancy, as we specialize in a specific framework with a strong focus on quality. Being able to boost other people’s journey to learn is a really fulfilling and satisfying to do.

As an engineer, I just love figuring out how things work. I become restless if I can’t take stuff apart. It’s a very creative or open endeavor. Coding is a low-cost, but high-value activity. You’re on the computer, writing code, and what you’re getting is useful, impactful, and beautiful software.

I would say it depends on the stage of the project. I started on a new client project, so I have been assisting with the set-up process, such as making sure we have well-defined stories and the collaboration that we need. Recently my role has turned more into assisting with technical design and code reviewing.

Usually I start my day with heavy communicating, hopping on calls, then code reviewing. After that, it depends on if I have stories that I need to work on, then I’ll code those.

Has anything surprised you about VGV?

I was very surprised how open-minded people are. It’s cool, for example, to openly challenge ideas in one of our engineering channels on Slack. It’s okay if you don’t understand or disagree with something. Everyone on the team wants to figure out how to find better-engineered solutions together, so everyone embraces constructive conversations.

My dad worked in tech, so that’s where I got the initial inspiration. When I was around 14, I tried to build a website and chose the best tool ever to do so: PowerPoint! I started by converting the presentation to use HTML. Then I moved to code on the web and tried to build better websites. I even built the website for my theater school when I was 15 (and they still have it deployed!).

From there, I got more serious. When I was older, I studied Industrial engineering where we didn't touch much code (although I drew a Yoshi with OpenGL at some point). The real deal came when I took an exhaustive course about native mobile development in my spare time. This course helped me learn multiple programming languages at the same time. It really inspired me to begin making apps for myself. A few years ago, I attended the Apple Developer Academy in Naples for a year. It was super cool because there were people from all around the world who were passionate about the same things. I even had the chance to go to WWDC. After that course, I went to build a startup and moved on to Flutter.

What are some of your go-to resources for learning about Flutter or Dart?

I love to go deep into the code. I love how Flutter and Flutter packages are open source because you can really dig into how it’s made. Other people may prefer APIs or documentation, but I prefer to go straight to the source.

As a developer, I also have very good search skills. I often use them to dig into issues on GitHub. You can get a lot of info just doing that because people will propose different solutions. Also, reviewing PRs is very interesting. My teammates Alejandro and Óscar always laugh at me because when they mention a specific issue or PR, I know exactly which one they’re talking about.

What do you enjoy most about being an engineer at VGV?

Everyone feels passionate and committed about the work. That helps a lot in dynamics internally and keeps conversations constructive. We know that we’re there to help and so you need to be open to people helping you. It’s a compassionate and collaborative workspace in general. Everyone I’ve been working with has been really aligned around the same level of standards for working.

People might think that most of the work as a developer is just coding on your own, but it’s more than that. A lot of my work has involved code reviews, pair programming, spring planning, and estimating tasks. There are lots of processes that we’ve adapted working with clients. After working for a year on one project, I am now in between projects, so I’m going to be working with the open source team for a few weeks. The nice thing at VGV is that you never get bored!

At VGV, it’s more than just work. It’s about providing quality, enjoying the process, and learning a lot. It’s not just working, it’s doing something meaningful in your life. You feel like you progress a lot!

Join our team! Check out open job roles at VGV.

Hear from our other teammates! Read another article in our "Meet the Unicorns" series with Elizabeth, Kyle, and Jochum. 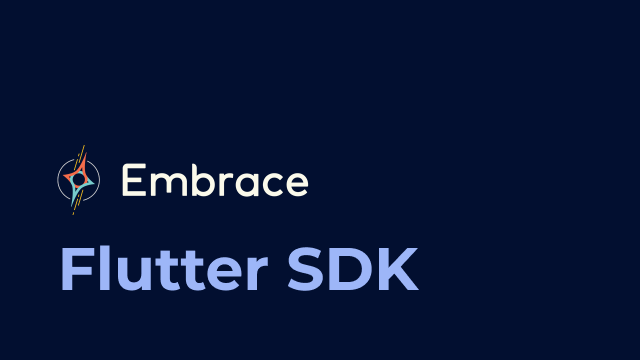 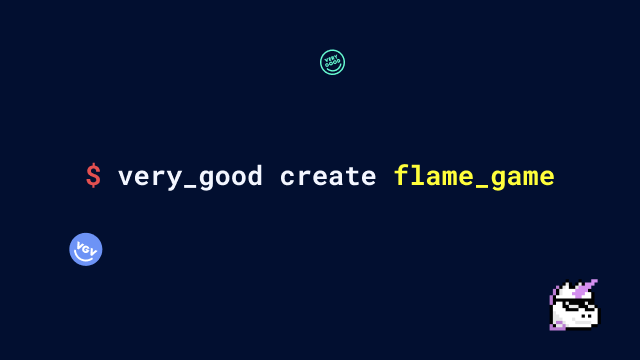 Generate a game foundation with our new template