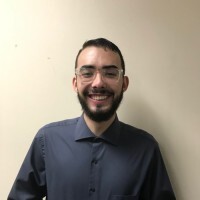 Jonathan is an Engineer at VGV, where he will be assisting in building client applications and contributing to open source. His passion for making apps started in college, where he made web applications as a hobby. Post-graduation, Jonathan get a job at MGM as a mobile developer, where he maintained existing features in the MGM Resorts app. He also led a subteam of mobile developers to create a new Trips feature for the app. Two years later, he joined the team at VGV, where he will continue to learn best practices for client-based apps.

Jonathan Daniels
There are no published blog posts by this author yet.
‍
Visit our Very Good Blog »