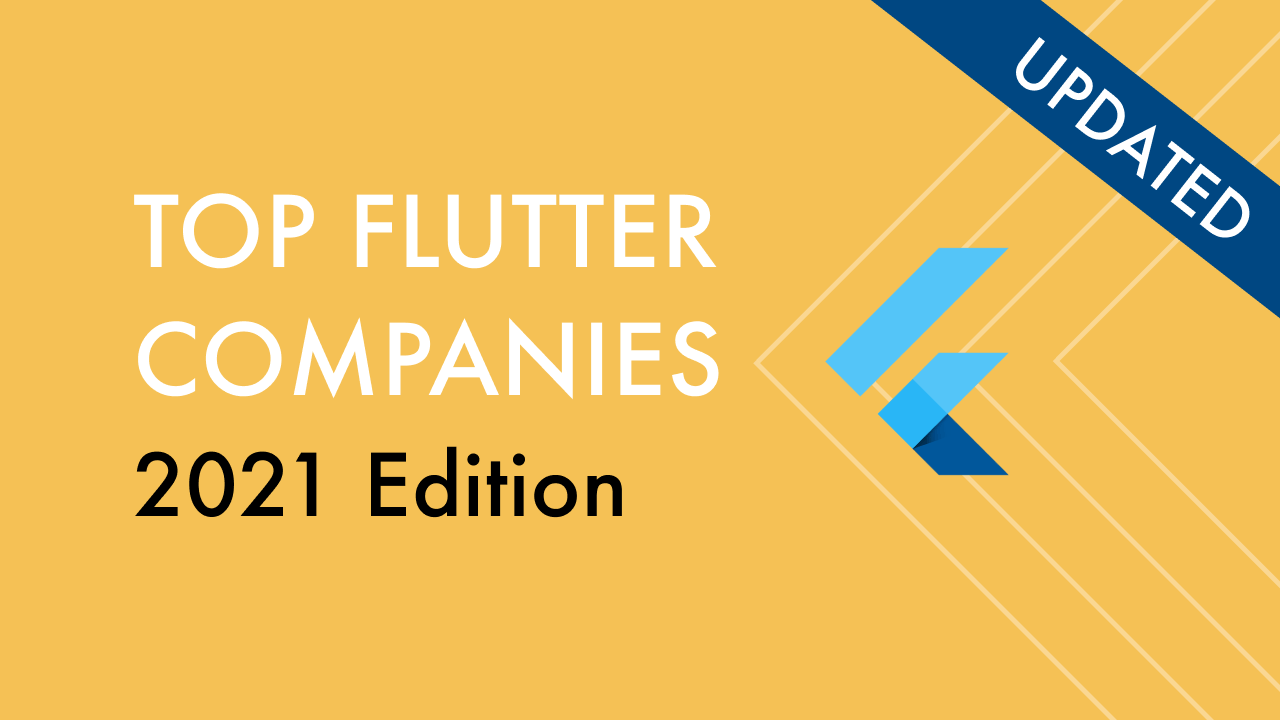 A list of companies doing noteworthy work with Flutter

This year has been an important one for Flutter.

It seems like every day brings news of a company who has just released a new app built with Flutter, or one that has switched over to Flutter, accompanied by a compelling story about how Flutter supercharged their development process.

It’s clear that companies of all sizes — from enterprise companies with multiple development teams to lean startups with only one engineer — benefit from Flutter. We believe it’s simply the best toolkit for building beautiful, performant apps for all screens, including iOS, Android, macOS, Windows, Linux, and web (even embedded screens). With the most recent release of Flutter 2.5, we're even more excited about the Future of Flutter!

We’ve curated this list of companies using Flutter in 2021. While not an exhaustive list, we wanted to showcase companies that are doing noteworthy work with Flutter. Keep them on your radar!

Tonal provides a smart gym experience in your home. Their companion app is a great example of Flutter in production, especially when it comes to the sleek design and eye-catching animations. We also appreciate seeing updates about the app development process from Max Lapides, manager of mobile software engineering at Tonal.

An open source alternative to Firebase, Supabase provides high-quality support for Flutter and Dart. The detailed documentation makes it easy to integrate Supabase with a Flutter codebase. In August, Supabase released a handful of new updates, such postgREST support, so it will be interesting to see what features will be coming next.

QuintoAndar has been making strides with Flutter in the Brazil real estate market. Their app is key to helping users through all stages of real estate rentals and sales. The mobile team even wrote an article documenting their experience, which serves as yet another example of a team that tested both React Native and Flutter for their mobile application — and ultimately opted for Flutter.

Over 180,000+ businesses are using Invoice Ninja for easy invoice, billing, and expense tracking. The app also makes use of Flutter’s multi-platform prowess with mobile, web, and even desktop versions of the app (word in the Twittersphere is that it may be one of the first Flutter apps listed on the Windows app store). Invoice Ninja is also notable because all of the code is open source.

Philips Hue has released two apps built with Flutter: Hue Bluetooth and Hue Sync. Users can use the apps to control their Philips Hue devices, including selecting the color of Hue smart lights with a tap on the screen. The beautiful UI is notable, particularly the screen with a color wheel that allows you to get granular with your color choices.

Toyota is leading the charge for embedded Flutter by building next-gen infotainment systems for their vehicles. In the Flutter Engage keynote, Daniel Hall, Chief Engineer at Toyota, outlined four main reasons why Toyota will be using Flutter:

1. High performance in a constrained environment.

2. Flutter will allow Toyota to build an in-vehicle user experience that lives up to user’s experiences and expectations — including smooth touch mechanics.

3. Flutter’s developer ergonomics allows for developers to make use of all the multi-platform tools.

4. Better customer experience as a result of faster iteration cycles.

We are excited by the work that Toyota is doing; it’s amazing to see Flutter expand to screens beyond mobile!

Development teams don’t have to start from scratch with Flutter. One strategy is to pilot Flutter with an existing native app and gradually transition features over into Flutter using the add-to-app capability — which is exactly what Betterment set out to do.

The Betterment mobile app is a crucial tool for business success, as it allows customers to invest and access financial advice at their fingertips. Our team helped Betterment transition their app to Flutter and train their engineering team on the new mobile framework. Read this case study of our work together and listen to this podcast with Betterment Principal Engineer Sam Moore.

A few months ago, Homethrive raised $18M to invest in developing their virtual support system. We have it on good authority that they are working with a very good team 😉 to build an app entirely in Flutter. The app will allow care recipients to video chat with caregivers to facilitate social and emotional care.

eBay Motors raced onto the scene with Flutter when faced with the challenge of providing a consistent car buying experience for both iOS and Android. A few months ago, they wrote an in-depth article about their experience building their mobile app with Flutter that contains many great insights about building a Flutter app from scratch.

One of the most powerful quotes from their blog: "Our first beta was in our CEO’s hands within three months of receiving our first product requirements, and a few months later we released our app to the public." Flutter can dramatically accelerate the development process and make teams happier overall. We can’t wait to see where the eBay Motors app goes next!

Realtor.com is a great example of a large company that turned to Flutter to help scale their mobile development. A crucial insight from their article detailing their experience working with Flutter is that it greatly increased the productivity of their engineers.

In addition, they solved a persistent problem in the app development world: what do you do when both your iOS and Android teams are out of sync? Instead of having development teams building separately for different platforms, the Realtor.com development team developed “new cross-platform mobile squads organized by domain of responsibility instead of by technology.” This shows that Flutter doesn’t just transform your app, it can completely revitalize your team dynamic and culture!

Stream develops scalable activity feeds and chat messaging APIs for multiple tech stacks — including iOS, Android and multi-platform frameworks. They have built an SDK specifically for Flutter which provides necessary feed and in-app messaging functionality and released a tutorial with step-by-step instructions to integrate chat into your Flutter app. They also recently raised $38M to continue building out features for users, so we can’t wait to see what they build next!

The makers of Wunderlist are at it again with Superlist — a productivity app for teams and individuals to collaborate and complete projects on time. The company is working on an open source Rich Text Editor for Flutter, which sounds like a useful package that would benefit many apps built with Flutter!

The @ Company is on a mission to empower users to reclaim their data privacy on the internet. They have developed a persona validating protocol in Dart and built out Flutter APIs and SDKs for easy integration into Flutter apps. Their comprehensive docs can help you get started on integrating with your Flutter app.

Wiredash is a tool to collect user feedback directly within Flutter applications. Written in Dart, it relies on functionality within the Flutter framework to provide high-quality feedback options without affecting the performance of the app. View their comprehensive documentation here.

The one-stop-shop for artists and collectors is building a new app for Etsy sellers to be built in Flutter. The company recently opened a job posting looking for a Flutter engineer to help build an experience that helps Etsy sellers build and grow their business through the mobile app. Etsy joins the ranks of other companies that have built apps in record time using Flutter. We’re looking forward to seeing the final product!

In 2019 Nubank wrote a comprehensive overview of their decision to switch their mobile app to Flutter, providing detailed criteria for making their decision and a roadmap for scaling with Flutter. Bitrise caught up with the team one year later with some lessons learned. Unsurprisingly the engineering team still loves Flutter and notably “It has become 100% part of our culture when we talk about mobile development.” It’s becoming clear that Flutter does more than improve teams’ codebases, but it completely transforms the way teams work for the better!

HERE Technologies provides mapping, navigation, and location services. They have developed a Flutter SDK that allows developers to integrate maps into their Flutter applications. Easily tap into features such as 2D/3D zoom, satellite or street view, and interactive gestures including pinch to zoom, pan, and flick. Documentation can be viewed here.

Amazon recently published a series of job posts for Flutter developers as the company continues to develop the AWS mobile SDK for Flutter. Developers will work on the Amplify for Flutter library, which facilitates a smooth transition for mobile apps using AWS services. This is big news since AWS is the leading cloud services provider in the world. Being able to easily integrate with Amazon AWS services may be a significant selling point for companies considering Flutter in 2021.

We couldn’t make a list of companies doing noteworthy work with Flutter without including ourselves! But in all seriousness, we’ve been working with Flutter from the beginning. We dedicate our time exclusively to building apps with Flutter and helping companies adopt Flutter.

While 2019 was all about showing the world what Flutter can do, 2020 was all about expanding our service offerings and developing a business entirely about Flutter. This year we’re very excited about the many projects we’re working on in 2021 and new tools like Very Good Start and Very Good CLI. We’re continuing the momentum by growing our team and helping companies build scalable apps with Flutter! See some of our very good work here.

If you want your company to be considered for a future version of this list, let us know! Fill out this form.

NOTE: This article has been updated in October 2021 with a revised introduction and additional companies doing noteworthy work with Flutter. 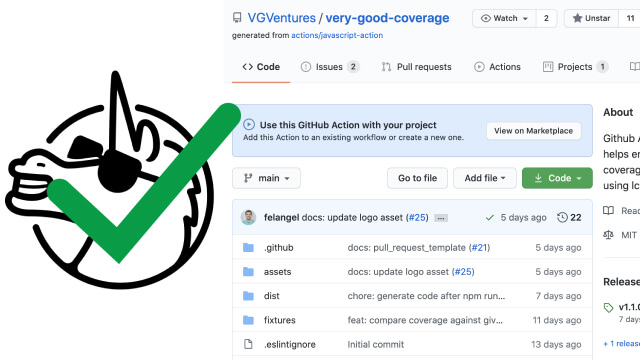 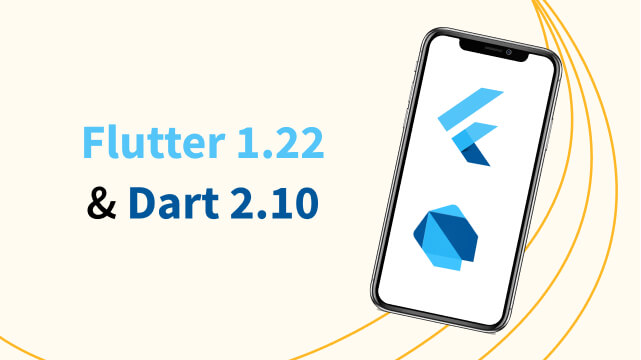 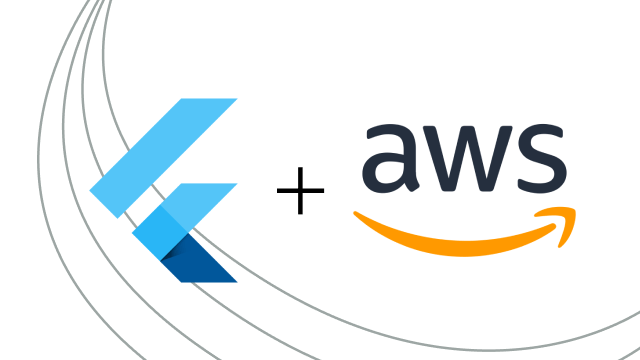